The tide of irritating and dangerous phishing emails and SMS messages is set to temporarily plummet across Australia following the arrest of the architect once responsible for half of all phishing sent to the country.

Ukrainian police last week arrested the unnamed 39-year-old who developed and sold malware designed to steal logins from victims who clicked links within emails and, most often, SMS messages.

The architect sold the malware, a so-called phishing kit known as U-Admin, to a network of hundreds of criminals on underground internet forums.

Ukraine’s Attorney-General’s office said in a statement U-Admin inflicted tens of millions of dollars in losses and was responsible for half of all phishing in Australia in 2019.

“Financial institutions in Australia, Spain, the United States, Italy, Chile, the Netherlands, Mexico, France, Switzerland, Germany, and the United Kingdom have been found to have suffered from [U-Admin] phishing attacks … losses reached tens of millions of dollars,” the Office said in a translated statement.

“More than 50 percent of all phishing attacks in 2019 in Australia were carried out thanks to [U-Admin].”

Criminals could browse the architect’s online shop and purchase fake login pages for a host of sites including major banks, airlines, and other companies all over the world, including Australia.

The pages, known as injects, contained additional functions that together with the U-Admin kit made it possible to steal login information, including time-sensitive multifactor authentication codes, on a huge scale.

Phishing emails that attempted to steal airline points and SMSes that exploited fears of COVID-19 were some of the attacks buyers of U-Admin launched against Australians.

Police seized piles of cash, computers, and hard drives in raids across Ukraine. The man faces up to six years imprisonment if convicted.

U-Admin was the most popular phishing kit in a busy marketplace. The arrest of its architect and those of its buyers will signal only a temporary decline in phishing across Australia as rival phishing kits are likely to fill the void left by U-Admin’s fall.

The source code of U-Admin is also widely distributed potentially allowing others to reconstruct the fallen malware.

Phishing remains the most effective means of compromising organisations and stealing personal and login information. It remains an essential cybercrime tool of the trade for everyone from basic financially-motivated criminals, private security experts paid to test corporate defences, to cyber spies on government payrolls.

The best defence against phishing is to remain sceptical when receiving all unexpected communication, regardless of the sender or contents of the message.

Any attempt to log into a service should be made by using official links, apps, and portals, and never links within emails or SMS messages. 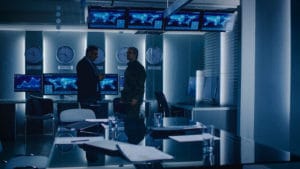