According to SA State Treasurer Stephen Mullighan, a cyber-attack that was first reported late last year has affected over 13,000 more public servants in South Australia.

Mullighan said in Parliament that a cyberattack on the state government’s payroll provider, Frontier Software, resulted in the personal data of 13,088 more current and former public employees being stolen.

According to ABC, this brings the total number of former and current SA employees affected to more than 90,000, up from 80,000 last year.

PricewaterhouseCoopers (PwC) discovered the additional 13,000 when conducting a forensic review.

Which South Australians are affected?

According to the report, those affected include government executives and board members, as well as current and former employees of the SA Police, Metropolitan Fire Service, and Department for Infrastructure and Transport.

Employees’ tax file numbers and bank account numbers were leaked on the dark web. According to the treasurer, they are now being informed by the government as of this week.

Following the incident, the treasurer stated that Frontier Software has added extra security controls to its systems, while the government filed a formal breach notification to the payroll provider for “failing to appropriately protect the information it holds for South Australian government employees.” 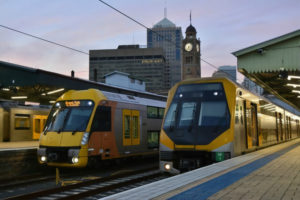