Is Huawei Really a Danger to Australia?

Security concerns about the Chinese tech company continue to pop up in the news. Should you be worried about Huawei’s involvement in Australia?

Huawei has expanded rapidly to become a major player in the mobile phone and telecommunications infrastructure markets. Over the past decade or so, there have been a number of allegations that the company is used by the Chinese Government to spy on other nations, culminating in the recent news that Huawei has been funding overseas trips for Australian politicians.

This is on top of the Australian Government offering to build internet infrastructure in the Solomon Islands in order to prevent the Chinese tech giant from doing it, and hinting that it will bar the company from being involved in building Australia’s upcoming 5G network.

Is Huawei Being Used to Spy on Other Countries?

The short answer is that we don’t have any strong evidence that Huawei is doing anything more sinister than any other major tech company. There have been allegations from key US intelligence officials, such as the heads of the FBI, CIA and the NSA, but despite these accusations, no one has ever presented any hard evidence to prove that Huawei is acting in an underhanded manner.

Why Is Everyone So Scared of Huawei?

Huawei is a complicated company. It was set up by a former member of the Chinese army, Ren Zhengfei, as an employee-owned business where the workers own shares but lack voting rights. The founder controls just one percent of the company, but still has a strong influence over major decisions.

The company denies that it is controlled by the Chinese government, despite persistent allegations to the contrary. Huawei defends itself by asserting that installing backdoors in their products would be “market suicide”. It does have a point–if any strong links to spying were found in either its infrastructure or its smartphones, it is unlikely that the company would have much of an international business future, and would have to kiss much of its revenue goodbye.

Should You Be Worried About Huawei?

As has been said above, there is no direct evidence that Huawei is controlled by the Chinese Government, or that it is being used to spy on other countries. However, just because there isn’t any evidence doesn’t necessarily mean that it isn’t happening either.

China is often seen as an adversary by Western countries like Australia and the United States, and with that comes a higher degree of wariness. If you share these concerns, then perhaps you should be wary of Huawei’s involvement in the smartphone market and telecommunications infrastructure.

In the end, with the limited information that has been made public, we can’t really be sure whether it is doing anything worse than any of the other tech giants. Some may consider it prudent to steer clear of the company if they view China as a major threat, while others would consider such concerns to be excessive.

The most productive takeaway from these events is to use them as a reminder that big tech companies are powerful and have unique opportunities to gather data against people, businesses and countries. Look no further than the recent Facebook scandal for evidence of their vast reach.

If people want to keep themselves, their businesses and their countries safe, then they need to be aware of how they integrate technology into their lives, as well as how these corporations influence their governments. For personal concerns, people should try to limit the data that they post online and beef up their security. For problems at a government level, it may be best to contact any relevant watchdogs, your local member, or any other relevant political entity.

If your business is struggling to incorporate technology into the workplace in a way that maintains security and privacy, contact Gridware to see how we can help you. We offer a range of security solutions, including audits, penetration testing and training that can help your business stay secure.

Ahmed Kanji is the CEO of Gridware, a leading cybersecurity consultancy based in Sydney, Australia. An emerging thought leader in cybersecurity, Ahmed is an Adjunct Professor at Western Sydney University and regularly contributes to cybersecurity conversations in Australia. As well as his extensive background as a security advisor to large Australian enterprises, he is a regular keynote speaker and guest lecturer on offensive cybersecurity topics and blockchain. 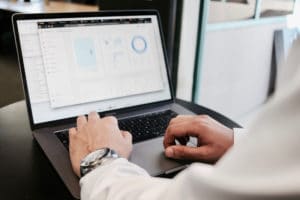 Coronavirus: How to Be Cyber Safe While Working at Home 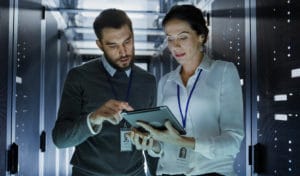 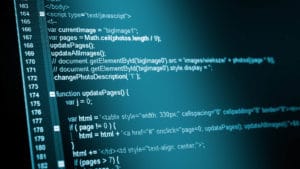 Trojans, Malware and Phishing Scams – How To Protect Yourself