A coordinated international law enforcement operation late last week resulted in the takedown of a VPN service called DoubleVPN for providing a safe haven for cybercriminals to cover their tracks.

“On 29th of June 2021, law enforcement took down DoubleVPN,” the agencies said in a seizure notice splashed on the now-defunct site.

“Law enforcement gained access to the servers of DoubleVPN and seized personal information, logs and statistics kept by DoubleVPN about all of its customers. DoubleVPN’s owners failed to provide the services they promised.”

The criminal investigation was conducted by agencies from Bulgaria, Canada, Germany, Italy, Sweden, Switzerland, the Netherlands, U.K., and the U.S., alongside authorities from Eurojust and Europol’s European Cybercrime Centre (EC3).

DoubleVPN is said to have been heavily advertised on both Russian and English-speaking underground cybercrime forums as a means to mask the location and identities of ransomware operators and phishing fraudsters.

In addition to providing an advanced level of anonymity by offering single, double, triple, and even quadruple VPN connections to its clients — wherein internet traffic is routed through two or more VPN servers, while simultaneously encrypting the data as many times — DoubleVPN’s “cheapest VPN connection” cost as little as $25 per month.

While there are different types of double VPNs, the basic idea is that of using two (or more) secure tunnels together. A connection is first created between a computer and the VPN, and then a second encrypted tunnel is established between the first and the second server.

Prior to its takedown, DoubleVPN’s site also claimed the service kept no logs or statistics on its users, stating “we don’t spy on our clients” and that “we can speak responsibly that there is no logging client activity on our servers.”

Tuesday’s incident isn’t the first time a VPN service has been caught in the crosshairs of law enforcement. 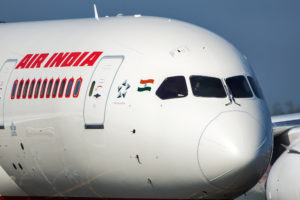