Cyberwarfare: Which Countries Are the Biggest Threats?

Not too long ago, cyberwarfare seemed more like a nerd’s fantasy than a national security risk. As our lives, businesses and overall societies have moved online, the threat has become very real. At this point in time, with direct physical confrontations a rarity between major powers, the threats from cyberwarfare may even be more realistic than those from traditional war.

Since cyberwarfare is now a major component of how nations jostle for power, it’s important to understand which countries are the biggest threats.

Attacks originating from Russia have probably been the most notable in recent years, particularly those targeting US elections. In 2016, Russian-backed groups launched a multi-pronged campaign aimed at influencing the US presidential election. The attacks included a social media propaganda campaign, hacks against Democrat Party email accounts and even penetrations of the election systems in most states.

Russian hacking and influence continued during the 2018 midterms, and is expected to have an impact in the 2020 elections. The threat is still high because the US is struggling to mount the appropriate defences.

Cyber attacks directed by the Chinese Government are a little more subtle, but that’s not to say that aren’t as worrying. The Chinese approach seems to be mainly focused on industrial and military espionage, although groups suspected to be linked to the government have also been known to steal troves of personal data.

Some of the largest attacks blamed on the Chinese include the Marriot hotel breach, attacks against US military contractors, and even the theft of the blueprints for the ASIO headquarters. This is just a small portion of the long list of Chinese-linked cyberattacks.

Iran is another powerful nation in the cyberwarfare sphere. Although perhaps not as prominent as the previous two countries, it has still been behind some impressive attacks. These include online assaults against Israel, Turkey and the UK.

It would be unfair to insinuate that western nations are innocent victims in the realm of cyberwarfare. It’s hard to quantify exactly what each nation is doing, but the best guess would be to assume that countries like the US are giving as good as they get.

The most famous attack originating from the US was Stuxnet, a cyberweapon developed in collaboration with Israel. While neither nation has ever admitted its involvement, it has all but been confirmed within the industry.

Working closely with Israel, the US developed Stuxnet to target Iranian infrastructure, particularly its nuclear program. The worm is assumed to be the cause of significant damage to Iranian centrifuges, which substantially set back the country’s nuclear efforts. Other nations were affected as well, including Indonesia, India, Azerbaijan, and the US, however the impacts were far smaller than they were for Iran.

Among its many other attacks, the US has also been involved in espionage against Chinese companies and universities, as well as offensives against the Islamic State.

Australia is much smaller than most of the countries listed above, so its attack capabilities are naturally more limited. Much of the country’s cyber-prowess has been kept a closely guarded secret, so it’s hard to know what Australia’s cyber-soldiers are getting up to.

Most of what we do know was revealed a couple of months back in a speech by Australian Signals Directorate Director-General Mike Burgess. In his address, he told of how Australian military hackers were involved in an attack that wiped out Islamic State communications, just as a battle was underway.

It’s important to note that the Australian Government and businesses are also being targeted by other nations in attacks. One of the most alarming was a compromise of the Australian shipbuilder and military contractor, Austal.

Cyberwarfare is now a core component of how nations rival each other, and any organisation or individual can be a victim, whether as the main target or simply from being caught up in a data breach. Businesses need to be particularly wary, because attacks can have serious effects on their bottom lines. Make sure your organisation is prepared, and contact Gridware to shore up its defences. 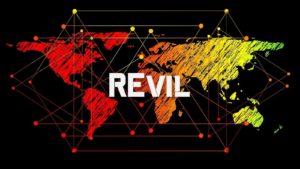